Francess G. Halpenny, who passed away on 25 December 2017, officially served as General Editor of the DCB/DBC from 1969 to 1988, and, working with her counterparts at the Université Laval, oversaw the completion of ten volumes of the Dictionary, comprising more than 5,000 biographies – a truly remarkable achievement. She adhered to and furthered the principles on which the Dictionary was based – a bilingual partnership with the Université Laval (with the result that the DCB/DBC became and remains the most important bilingual project in the Canadian humanities); the organization of biographies by period of death date rather than alphabetically; and the insistence that the biographies be based on primary sources – a practice that distinguishes the DCB/DBC from all other dictionaries of national biography. 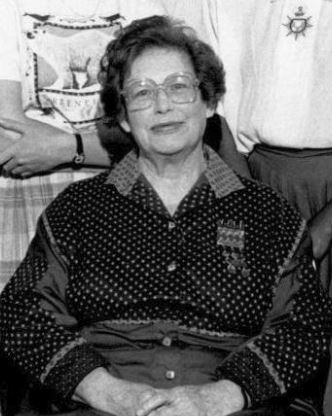 Throughout her tenure as General Editor, she maintained the highest possible editorial standards, with rigorous fact checking and an emphasis on clarity of style. The strong national and international reputation of the DCB/DBC owes a great deal to the foundations that she laid.

These accomplishments are reflected in her numerous awards and honours. For example, Francess was a Fellow of the Royal Society of Canada, a Companion of the Order of Canada, and a recipient of the Molson Prize. She also received 11 honorary degrees.

Long after her retirement from the Dictionary, Francess remained an active reader and writer; only a few months before her death at the age of 98, she wrote her autobiography, A world of words. The title was appropriate. As her niece Jean Loughborough wrote: "Her life was a world of words: spoken, written, sung, and made into books which she lived and loved every day." 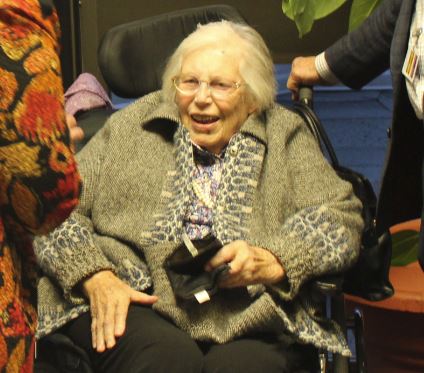 Francess Halpenny at a DCB gathering in November 2017. Photo by Julia Armstrong.